When Hank discovers that the trailer Luanne grew up in is still available, he wants Luanne to move out of the house and back into the trailer. Hank and Peggy have a fight where Peggy accuses Hank of being cold and repressed, and Hank sort of tells Peggy to go to hell. After Peggy goes with Luanne to help her move, Hank learns that a tornado is heading for the trailer park. It’s up to him to save his wife and niece, and to prove that he’s not so repressed after all. 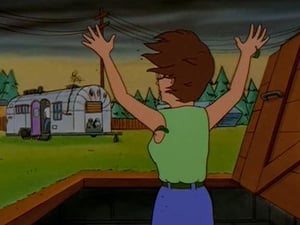