The Wedding of Bobby Hill

Bobby lets Luanne’s new boyfriend, a self-proclaimed genius named Rad Thibodeaux, throw a wild party in Boomhauer’s house. Luanne tells on him and gets him removed as Boomhauer’s house-sitter, Bobby starts a prank war with Luanne. Bobby replaces Luanne’s birth-control pills with sweet tarts, she convinces him that the trick has gotten her pregnant. To teach Bobby about taking responsibility for his actions, Hank and Peggy tell him that he’ll have to marry Luanne. 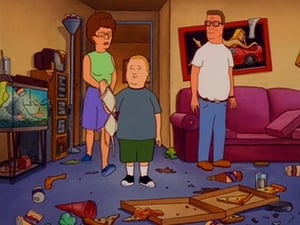