Hank wants to breed Ladybird, but the veterinarian says that she has a narrow uterus and probably can’t have children. Hank becomes obsessed with finding a way to get Ladybird pregnant, which annoys Peggy, because she’s the one who really wants another baby. Meanwhile, Dale becomes a bounty hunter and is assigned to hunt down a man with several unpaid parking tickets. He decides that he needs a hound to accompany him on his first bounty, so he nabs Ladybird, to Hank’s horror. 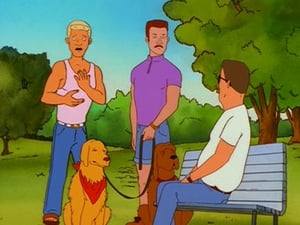