Get Your Freak Off

Hank likes the clean-cut music of the boy-band 4Skore, but when he takes Bobby to a 4Skore concert, he is shocked to find that the band does suggestive dance moves that Bobby imitates with his new girlfriend, Jordan. His reaction brings a complaint from Jordan’s parents, a “progressive” couple who are allowing their daughter to have a coed slumber party. Despite Hank’s refusal, Bobby wants to go. Meanwhile, Nancy and Minh rank the sexiness of the men in the neighborhood, and Peggy is mortified when Hank is tied with Bill for last place. 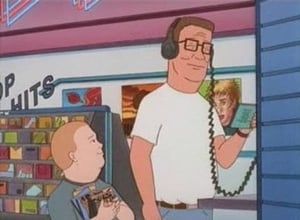